Home » The Ancient Emerald Tablet Rephrased for the Modern World »

The Ancient Emerald Tablet Rephrased for the Modern World 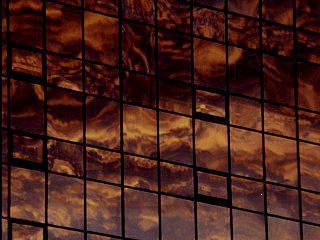 An Emerald Tablet for the 21st Century

How would the Emerald Tablet read if it were written today? First of all, we would have to gear it toward an audience without much time for any background philosophizing, and of course, we would be competing with television for their attention. Then, we would have to at least acknowledge the “advances” made in scientific knowledge.

Contemporary science tells us that the universe is made up of energy, matter, and light. Those would be what the alchemists called Sulfur, Salt, and Mercury, respectively. According to Einstein’s equation (E=mc2), energy and matter can be transformed into one another through the constant of light. In alchemy, Sulfur and Salt are transformed into one another through the intermediary of Mercury.

It looks like, if that little “c” in Einstein’s equation really stood for “consciousness” instead of “light,” there would be no difference at all between physics and alchemy. Let us assume that consciousness is light. In that case, an Emerald Tablet for the 21st Century would look something like this:

Truly, without hype, religious exploitation, or commercial consideration, you can experience Higher Truths.

Its father is Energy; its mother Matter; the Spectrum carries it in its belly; its nurse is the Earth. It is the origin of All, the consecration of the Whole Universe. Its inherent strength is perfected, if it is materialized.

Separate Matter from Imagination, the Subtle from the Gross, gently, in deepest Meditation. The Light rises from Earth to Heaven, and returns again to Earth, thereby containing within itself the powers of both the Mental and the Material.

Thus will you obtain the Light of the Whole Universe. All Darkness with be illuminated to you. This is the greatest Force of all powers, because it overcomes every Mental thing and penetrates every Material thing.

In this way was the Universe created. From this comes many wondrous Manifestations, because this is the Formula.

Therefore, this deals with all three parts of reality and shows the underlying relationship between Energy, Matter, and Light. Herein is completely explained the Fountain of Consciousness.