Sufi Alchemists and the Grail Myth 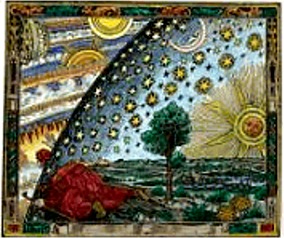 from Green Gold: the Tree of Life, Marijuana in Magic and Religion

Marcel Eliade has commented that there may be a Zoroastrian (here referred to as Parsi) origin for the Grail Myth:  “In a work published in 1939, the Parsi Scholar Sir Jahangir C. Coyajee has also remarked upon the analogy between the Grail and the Iranian Glory, xvarenah, and the similari­ties between the legends of Arthur and those of the fabulous King Kay Khorsaw.”  Interestingly the xvarenah mentioned, is the same substance the sacred Haoma was said to be rich in.  Eliade goes on to say that in one of the many forms of the legend, the Grail is found in India: “Let us add that in the cycle of compositions posterior to Wolfram Von Eschenbauch, the Grail is won in India by Lohengrin, Parzival’s son, accompanied by all the knights .”

Barbara Walker tells us that the whole wasteland motif is of an Arab origin, and that the early crusaders brought it back to Europe believing that if the grail were not recovered then the wasteland that befell the Saudi-Arabian dessert would befall their more fertile land.[10] The story about Parzival and his son is closely paralleled in the following account given by Idries Shaw in The Sufis:

The first Sufi record of a teaching journey to England—such is contained in the travels of Najmuddin (Star of Faith) Gwath-ed-Dahar.  He was born about 1232, or perhaps earlier.  His son ”followed his father’s footsteps” from India to China in 1338. The first Najmuddin was a disciple of the illustrious Nizamuddin Awlia of Delhi, who sent him to Rum (Turkey) to study under Khidr Rumi.  Khidr Rumi’s full name was Sayed Khidr Rumi Khapradri — the Cupbearer of Turkestan.  It will be remembered that the Khidr order (equated with the Garter) has as its slogan a salutation to the cupbearer.  This cup had miraculous qualities.

Idries Shaw’s comments on the cupbearer and the cup’s miraculous qualities parallel the Grail myth immensely.  Further examination of Shaw’s comments shed even more illumination on the subject.  First, let us look at the name Khidr , which is also spelled Khizr.  It is a Moslem name used in reference to the Biblical prophet Elijah.  As J.M. Campbell recorded in his classic 1894 essay, “On the Religion of Hemp :”

In his devotion to bhang , with reverence, not with the wor­ship, which is due to Allah alone, The North Indian Mussulman joins hymning to the praise of bhang.  To the follower of the later religion of Islam the holy spirit in bhang is not the spirit of the Almighty, it is the spirit of the great prophet Khizr, or Elijiah.  That bhang should be sacred to Khizr is natural, Khizr is the patron saint of water.  Still more Khizr means green, the revered color of the cooling water of bhang .  So the Urdu poet sings “When I quaff fresh bhang I liken its color to the fresh light down of thy youthful beard.”  The prophet Khizr or the green prophet cries “May the drink be pleasing to thee.”

Peter Lamborn Wilson makes the following comments on the Sufi term, Saki-Khaneh, House of the Cupbearer:

The saki or wine serving boy is a symbol of the Beloved or the spiritual master in Sufi poetry, but in Pakistan saki-khaneh is a slang term for a tea house that serves charas and bhang .” — Scandal: Essays in Islamic Heresy

Shaw comments on the connections between the Arab Khidr Order and the famous British group, the Order of the Garter:

The modern day Order of the Garter traces its origins to the Knights of the Round Table and is attributed to Saint George, who is by tradition con­sidered to be the patron Saint of England.  History provides little factual records of who Saint George was and what his actual exploits were.  “Folklore named the pagan savior, Green George, a spirit of spring.  His image was common in old church carvings, a human head surrounded by leaves.”[11]  He is probably best remembered as the slayer of the dragon in a story that is found in twelfth century literature.

A Muslim writer in about AD 900 compared St. George with the Mesopotamian God Tammuz.  Moslems also identified St. George with the mysterious prophet Khidr , known as the Verdant One and whose footsteps leave a green imprint.  Khidr shares his day, 23 April, with the Saint. — William Anderson, The Archetype of Our Oneness with the Earth

Scholar Sula Benet made the following comments on a tale that closely resembles that of Saint George : “In the Ukraine there is a legend of a dragon who lived in Kiev, oppressing the people and demanding tribute.  The dragon was killed and the city liberated by a man wearing a hemp shirt.”[12]

In the story of the Grail legend Parzival was sent on a quest for the Grail, the cup Christ drank from at the last supper which was thought to contain the power to heal the ailing King.  In medieval times the people believed the state of the land coincided with the health of the king, and since the King was dying, the land in turn was becoming barren.

Comparatively, in Rabelais ’ Pantagruel , which is a parody of the Grail myth, and contains occult references to cannabis, we find the following passage referring to the herb Pantagruel ion, which is now known to be hemp :

…in the season of the great draught, when they were busiest gathering the said herb; to wit, at that time when Icarus’s dog, with his fiery balling and barking at the sun, maketh the whole world troglodytic and enforceth people everywhere to hide themselves in the dens and subterranean caves.  It is likewise called Pantagruel ion, because of the notable and singular qualities, virtues, and properties thereof; for as Pantagruel[13] hath been the idea, pattern prototype and exemplar of all jovial perfection and accomplishment; so in this Pantagruelion have I found so much efficacy and energy, so much completeness and excellency, so much exquisiteness and rarity, and so many admirable effects and operations of a transcendent nature that if the worth and virtue therof had been known, when those trees, by the relation of the prophet, made election of a wooden king, to rule and govern over them, it without all doubt would have carried away from all the rest the plurality of votes and suffrages.[14]

One could make a modern analogy of the Grail Myth.  Mankind represents the dying king who has forgotten his divinity.  The polluted and stripped earth is the wasteland caused by this sickness.  The rediscovered knowledge of hemp ’s many uses in the effort to heal ourselves, those around us and the earth,[15] could be said to represent the Grail .  And our mission to end marijuana prohibition is the Quest.

There is no mystery why so few references to cannabis can be found in Medieval European literature; while embracing wine as a sacrament, the Inquisition outlawed cannabis ingestion in Spain in the twelfth century and France in the thirteenth.  Anyone using hemp spiritually, medicinally, or otherwise was labeled “witch.”

Saint Joan of Arc, for example, was accused in 1430-31 of using a variety of herbal “witch” drugs, including cannabis, to hear voices. — J. Herer, The Emperor Wears No Clothes

In keeping with the medieval church’s war on all things Arabic, including bathing, Pope Innocent VIII issued a papal fiat in 1484 condemning the use of cannabis in the “satanic mass.” — A. De Passquale, “Farmacognosia della Canape Indiana”[16]

So after cannabis prohibitions of the fifth, twelfth and thirteenth centuries, hemp was re-condemned this time as an unholy sacrament of the second and third types of satanic mass.[17]  This religious prohibition lasted more than 150 years.

In The Sufis, Idries Shaw tells us there is an Arab origin for the European witches: “Who brought the witches to the West?  In the medieval form, from which most of our information derives, undoubtedly the Aniza tribe.”  Pointing to evidence like the similarities between the witches circle and the circular dance of the medieval dervishes, Arab words used in witches’ spells, and the use of hallucinogenic plants in both systems, Shaw puts forth a reasonable argument that modern witches can find at least a part of their origin in a group founded by Abu el-Atahiyya (748–828):

His circle of disciples, the Wise Ones, commemorated him in a number of ways after his death.  To signify his tribe, they adopted the goat, cognate with his tribal name (Anz, Aniza).  A torch between goat horns (“the devil” in Spain as it later became) symbolized for them the light of illumination from the intellect (head) of the “goat,” the Aniza teacher.  His wasm (tribal brand) was very much like a broad arrow, also called an eagle’s foot.  This sign, known to the witches as the goosefoot, became the mark for their places of meeting. After Atahiyya’s death before the middle of the ninth century, tradition has it that a group from his school migrated to Spain, which had been under Arab rule for over a century at that time. — I. Shaw, The Sufis

[10] The Woman’s Encyclopedia of Myths and Secrets.

[11] Barbara Walker, The Woman’s Encyclopedia of Myths and Secrets. In this book, Barbara Walker offers the following origin for the story: “St. George the Dragon-slayer apparently evolved from a mythic meld of Green George with an Arian Bishop of Alexandria who opposed St. Athnasius, and put to death an orthodox master of the mint named Dracontius, “Dragon.’”

[13] Here referring to the story’s hero, a giant who was named after the herb.

[14] Rabelais also states that his heroes drank as heartily  “as the Templars.”

[15] See the Emperor Wears No Clothes, by J. Herer; also Hemp, Lifeline to the Future, by C. Conrad.

[17] The Emperor Wears No Clothes.